The Irish Hereford Breed Society, in collaboration with Slaney Foods International & LIDL Ireland have awarded 5 bursaries of €1,000 each to 5 successful candidates at the 85th National Ploughing Championships which took place in Screggan, Tullamore, Co. Offaly in September 2016.

The programme, which was launched earlier in the summer, created wide interest from prospective and aspiring agricultural students wishing to go to Agricultural College or study Agriculture at 3rd level in the Republic of Ireland this year.

Participants had to submit an assignment entitled: Environmental Sustainability – the Challenges for the Irish Beef Sector (maximum 2,000 words).  A team of adjudicators selected ten qualifiers, to attend for interview at the Irish Hereford Breed Society Stand during this year’s National Ploughing Championships.   These interviews and the selection of the final 5 winners was carried out by Matt Dempsey who is very well known and highly regarded within the Irish Agricultural sector. 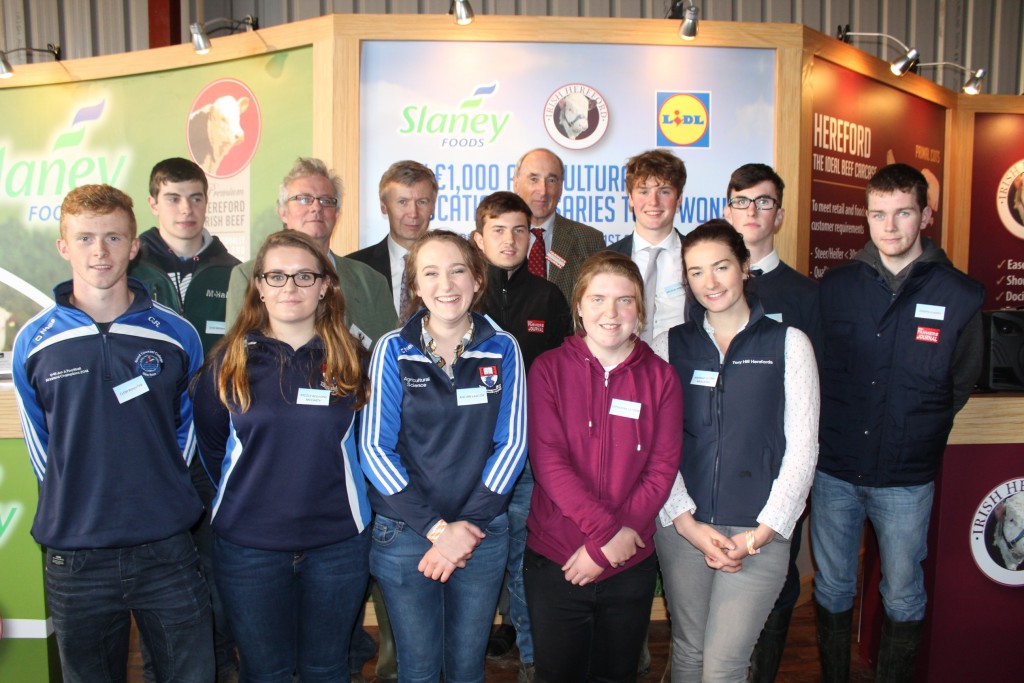