The revamped Hereford classes at the Gorey Agricultural show have proven to be an outstanding success.  The additional classes attracted exhibitors from as far afield as Co Roscommon in the West, as far north as Co Louth and as far south as Rockchapel in Co Cork a truly intercounty competition.  The strong sun shone throughout with Society President and judge for the event John Neenan carefully selecting the prize-winners in each of the very well supported classes.

Local breeders were not to be outdone by the visitors with local breeders Curtis and Jones taking the championship with their Knockduff Poll 1 Daisy. The Reserve Championship and Junior Female champion Knockmountagh Willow was exhibited by Eamon & John McKiernan, Co Louth with the Reserve Junior Female Championship secured by local man John Jones a long time exhibitor at this event.  The Junior Bull Calf Championship was awarded to Co Kilkenny breeder Tom Brennan while it was Tony Hartnett from Co Cork who went home with the Reserve Male Champion rosette.  Other first prize-winners included Kilsunny Lass Lily from Trevor Dudley, Co Tipperary and Kye Holly 726 exhibited by Padraig McGrath, Co Roscommon. The Young Handler winner was Connor Jones Pallas, Inch, Gorey. Well done to all the young handlers who participated.

Slaney Foods is pleased to have supported this expanded local event and to be associated with the South Leinster Branch of the Irish Hereford Breed Society and the Gorey Agricultural Show Society, which held its 157th event this year.

Some photos from the show 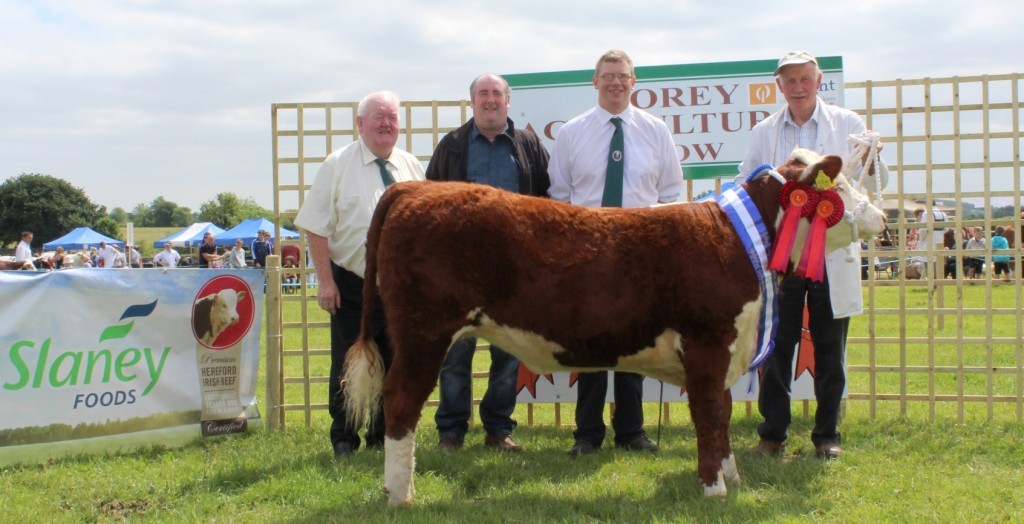 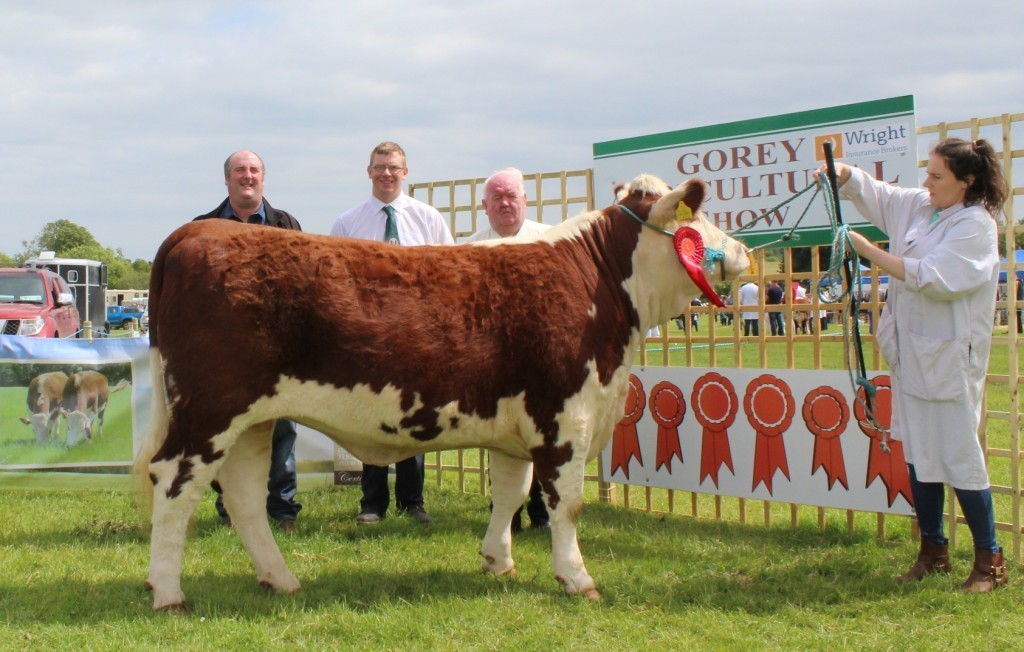 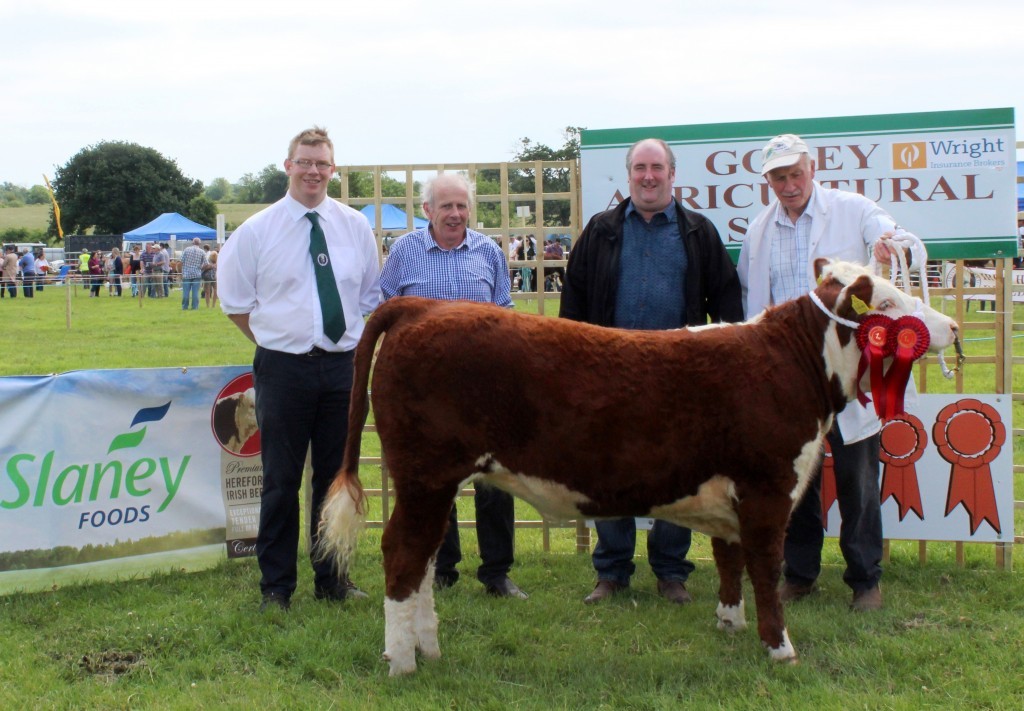 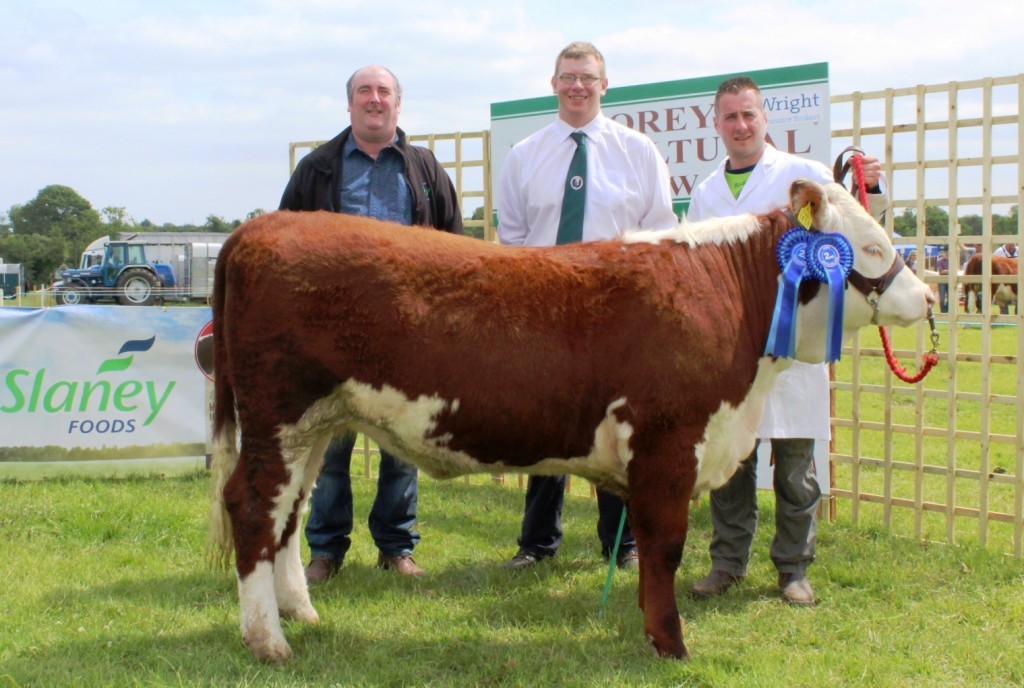 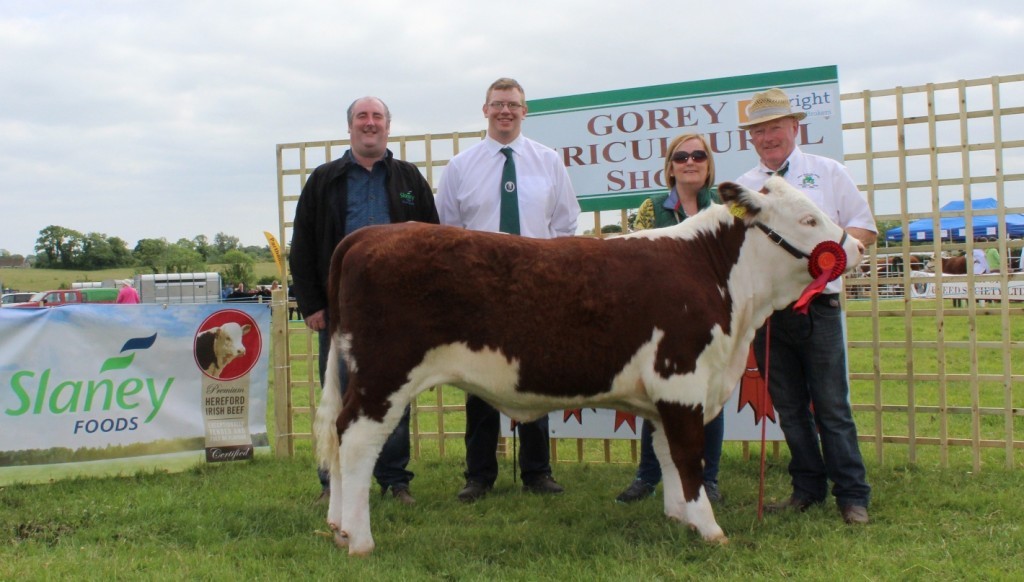 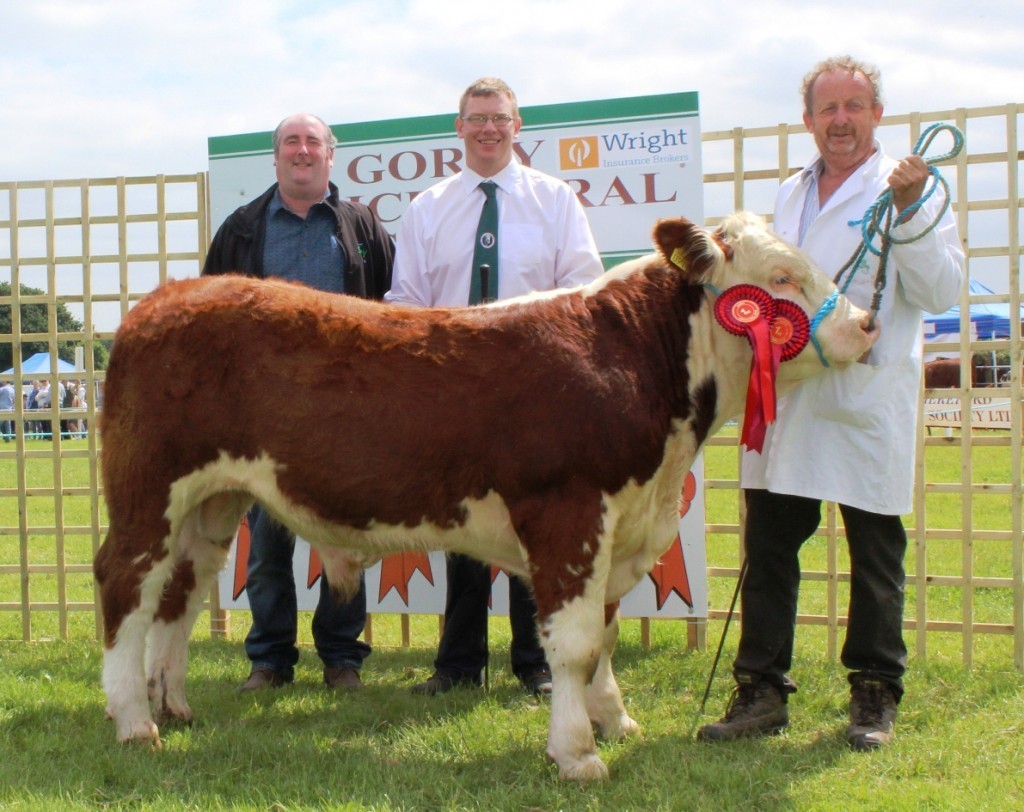 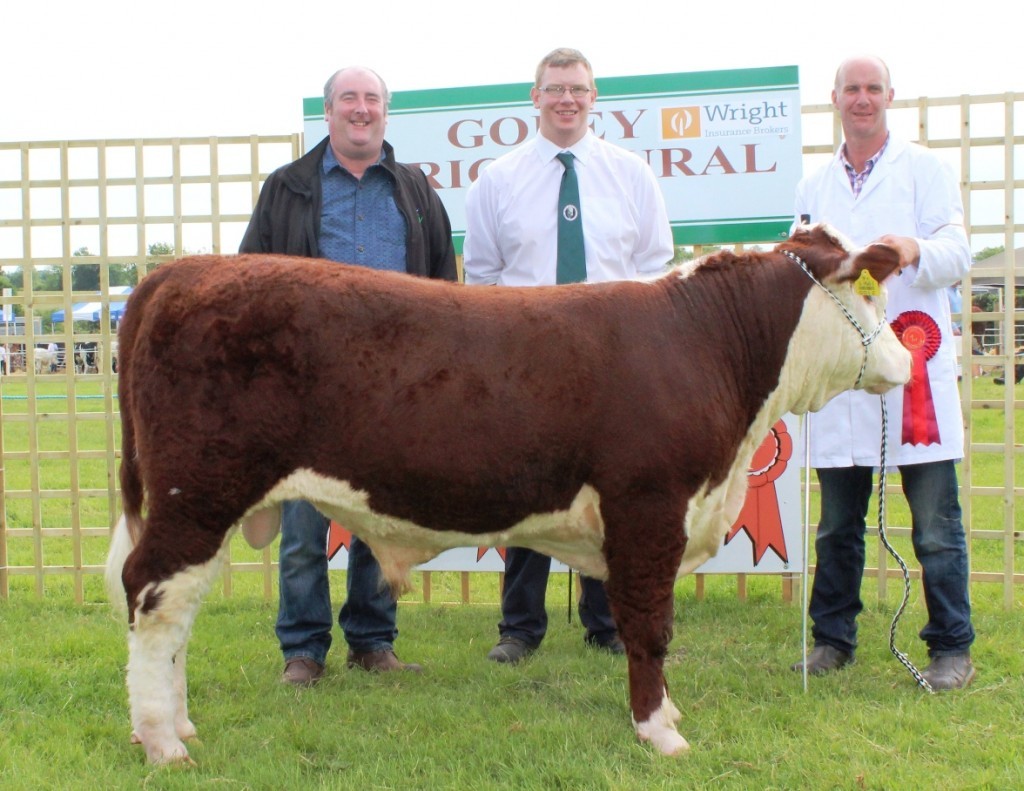 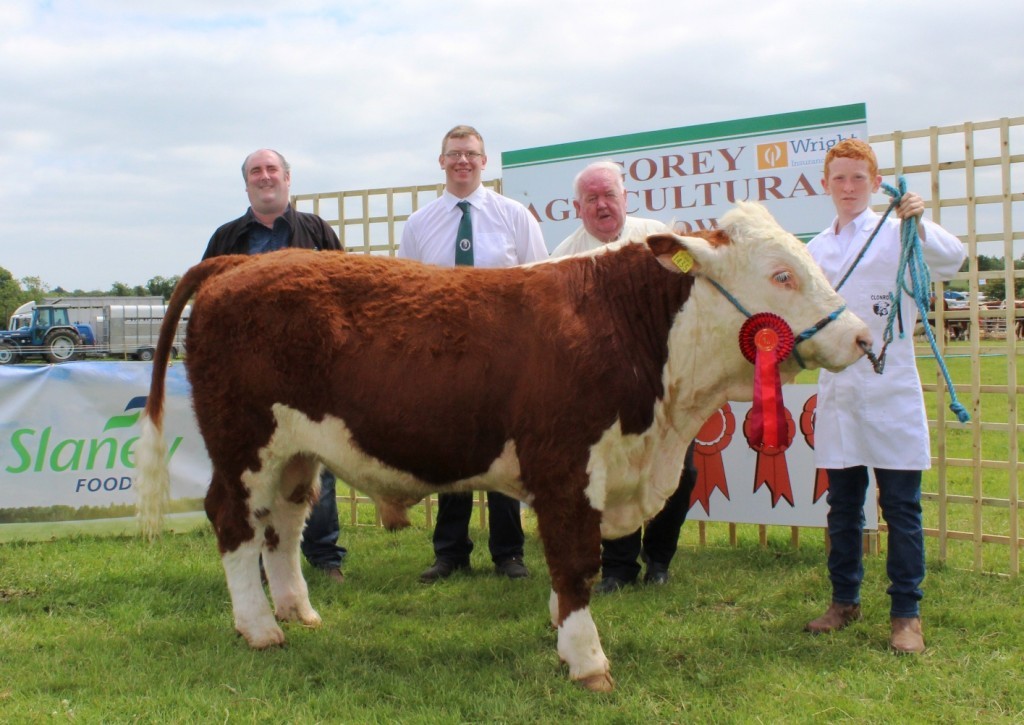 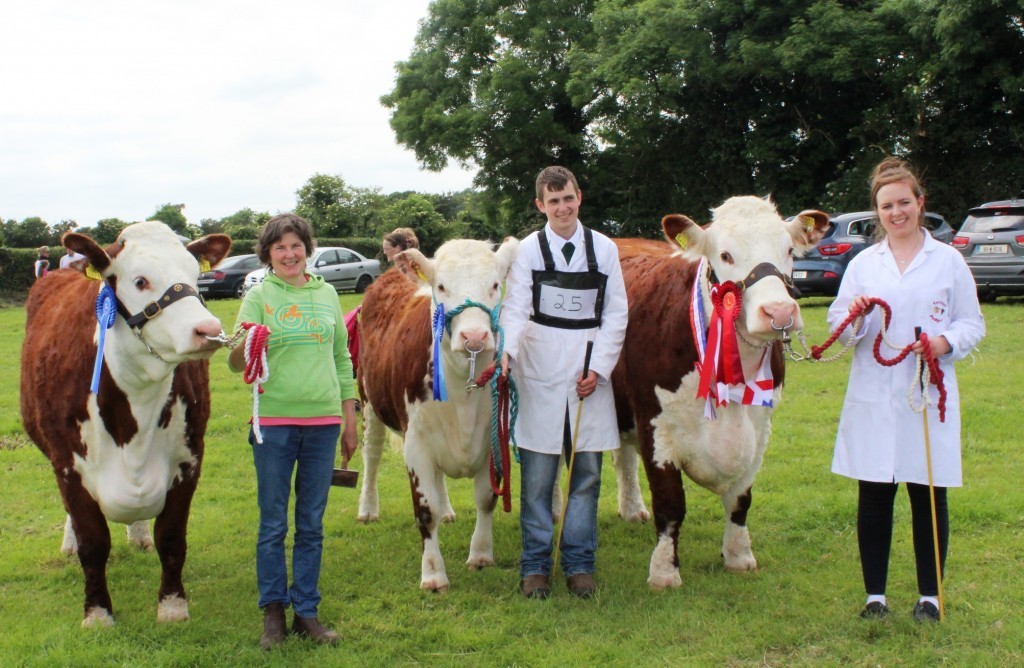 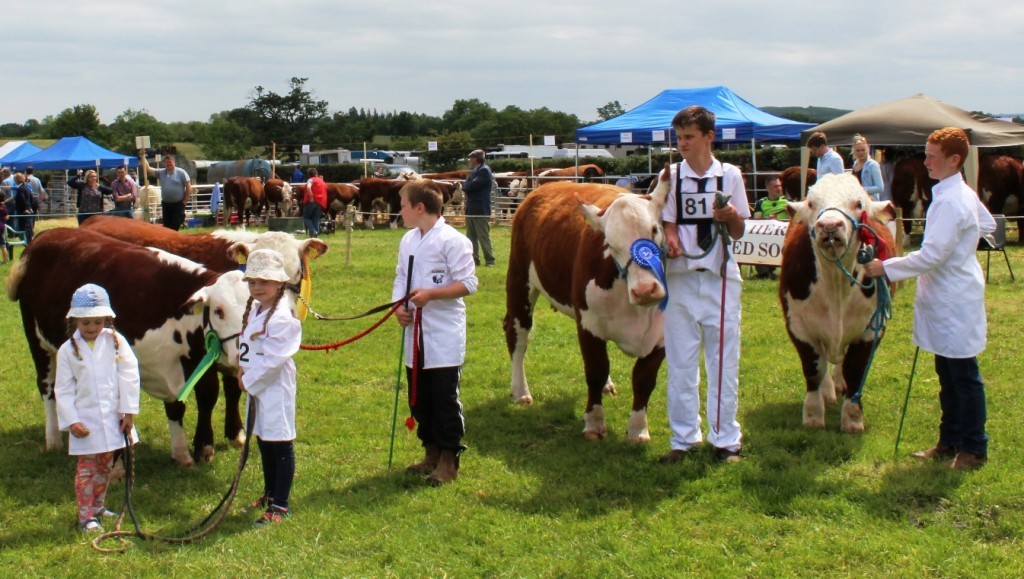 Once again – a big WELL DONE to all the winners and the organisers of the Gorey Agricultural Show!!!