John was selected because of his level of knowledge and skill with regards to grass measurement and grazing rotations. In recent years John has installed an extensive paddock system on his farm.  He said that “prior to the installation of the paddock system, most of the fields on the farm were 16 acres”, but he has moved to reduce the paddock size down to 4 – 8 acres each. John runs three grazing groups each year, with each group having access to seven paddocks on a 21 day rotational grazing system. John has also started to carry out extensive reseeding throughout the farm. 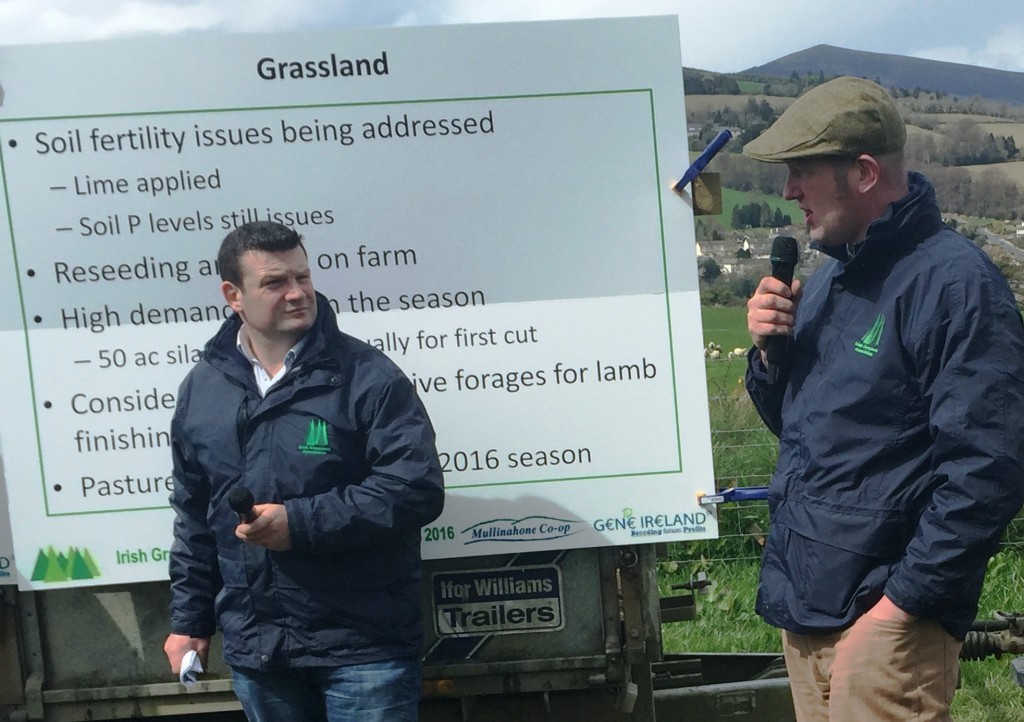 During the Conference which was attended by more than 250 farmers, John explained how between reseeding grass, sub soiling to reduce compaction and dividing fields to create a better grazing rotation he has dramatically increased both his stocking levels and his grass growth. This in turn has allowed him to reduce grain usage and extend the grazing period.

John has been a long term supplier to Slaney Foods and as a Beef Processor it is a real privilege to be able to work with young and enthusiastic farmers such as John. We would like to take this opportunity to congratulate him and wish him continued success.