Once again Slaney Foods, participated at this year’s National Ploughing Championships on both the Angus Beef Ireland Stand and the Hereford Breed Society Stand.

During this event, Angus Beef Ireland who shared a marquee with the Aberdeen Angus Association organised a fund raiser in aid of Cycle Against Suicide Charity. This event comprised of a competition where entrants had to guess the carcase weight of two Angus bullocks. Slaney Foods together with other beef producers supported this event by matching the monies raised during the competition. A cheque for the amount of €4,000 was then presented to the Cycle Against Suicide Charity at the National Ploughing Championships in the presence of Minister for Agriculture Michael Creed.

Well done goes to the winner of the Guess the Weight competition, Mary Prunty from Ballinalee, Co. Longford who received the Cash Prize of €1,000.

To participate in this competition, participants had to submit an assignment entitled: Environmental Sustainability – The Challenges for the Irish Beef Sector. A team of adjudicators selected 10 qualifiers to attend for an interview at the IHBS stand during this year’s National Ploughing Championships. These interviews and the selection of the final 5 winners was carried out by Matt Dempsey, who is very well known and highly regarded within the Irish Agricultural sector. 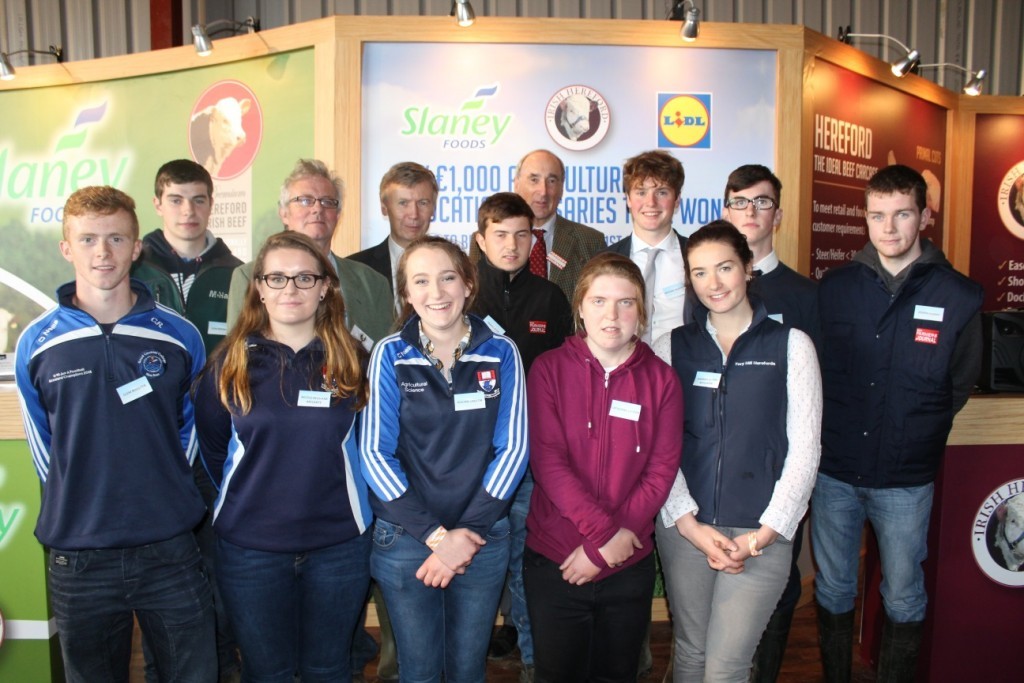 We take this opportunity to thank everyone who visited both our stands and participated in these competitions!